I’m not going to say it’s been awhile, even though it has, because it’s starting to seem like my entries are highly biased towards one side and I’ve not been giving a good number of categories equal spotlight, until this 30 Days of YSL that is!

I know that inequality is largely true – it’s been very makeup-focused, collection-release-focused, and just a whole lot of rara on new and upcoming stuff. It’s sad but also inevitable due to the little amount of time I can squeeze out for my blog space once New Job started.

Which left me thinking… no matter how epic in proportions this series was and no matter how much time it took, I’m glad for it. Because it allowed me to revisit and fall in love once more with doing up such (fragrance, foundie reviews, skincare mentions etc) entries again, apart from simply ‘keeping with the times‘.

So anyway, back to this fragrance write up!

Now… Black Opium, where do I even start with this. 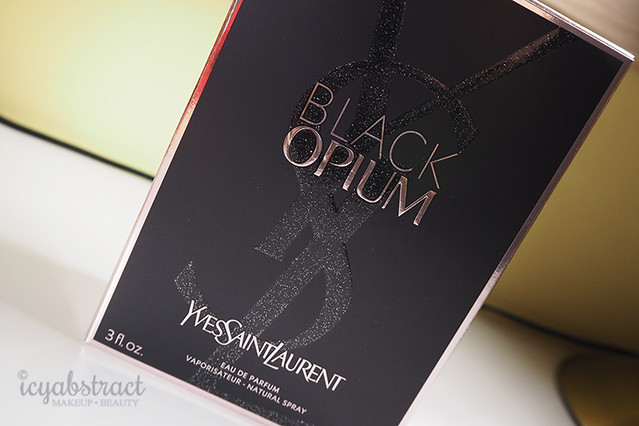 Putting the Black in Opium –

I’m not the most well-versed when it comes to YSL’s fragrances. In fact this is probably my second encounter with their scents, the first being a deluxe sample with Manifesto when it launched and I didn’t quite deem it my kind of scent to think much of it but… that’s that so back to Black Opium.

Based on some searching about I did to better understand YSL’s fragrances, Black Opium is apparently the third flanker to YSL’s very iconic and slightly vintage Opium range.

I’m not sure how Opium, or the prior 2 flankers, smells like (be it the original or the newly revamped version) but from what I gather of feedback online and reading notes, it seems like Black Opium is quite a departure from the sensuality and maturity that the Opium series has.

It’s almost as if Black Opium is that teenage little sister in the family, taking a different turn from the rest of the family but yet in some essence still a part of it because it still carries the same strength and ‘weight’ that the Opium range does.

Now, about the Black Opium scent…

I feel that instead of going straight to it and giving you the breakdown of notes, I always like to express perfume reviews in a more emotive way. Speaking about the feelings the scent is suppose to invoke, the scenarios it aims to play out and the sort of personality it hopes to represent. 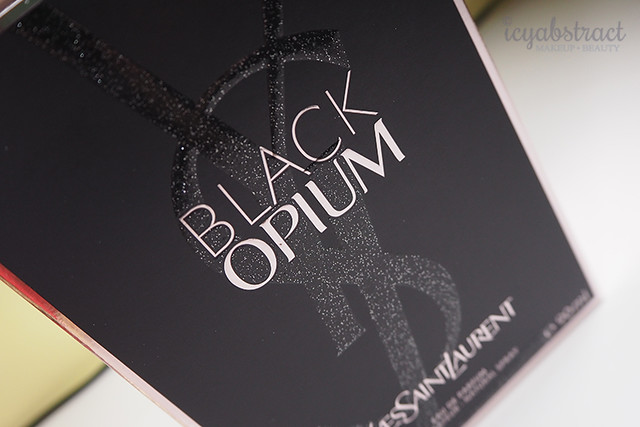 I’ll do the same for Black Opium but instead of just focusing on how the scent plays out from spritz to dry down, which frankly and sadly isn’t much of a transformation because while the notes do change it’s largely linear on me, I’ll also talk about impressions from the print ad, to bottle design and all.

Because I think where Black Opium is concerned, the impression and experience from bottle to spritz is as crucial because that was where I felt a bit of a disconnect. 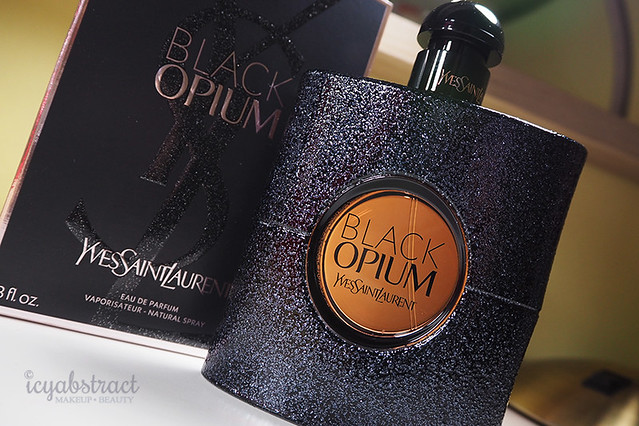 Perhaps because I missed the ‘gourmand scent’ memo, but… Just to be sure you don’t get as taken aback as I did, here’s Black Opium. 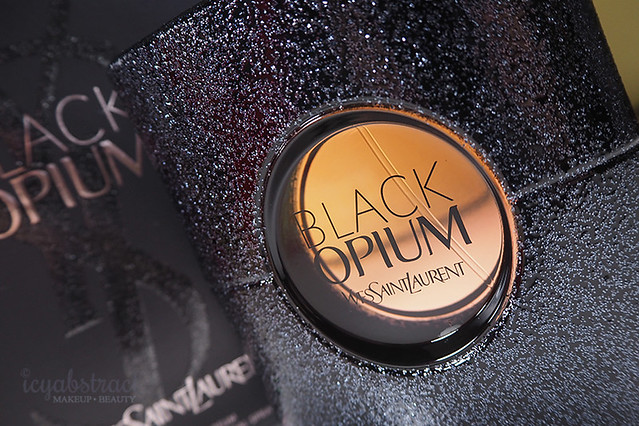 YSL’s Black Opium is like that girl in a sleek black dress, slightly glam-ed up but yet still a little sexy and playful – edgy perhaps. She’s standing by herself, drink in hand with a gaze that’s both quite mesmerizing and slightly intimidating at the same time. Unapproachable almost in how immaculate she carries herself, not that she’s overly poised because there’s an element of casual in her demeanor with her hair slightly tousled but she feels intense with her perfectly smoked eye makeup and piercing gaze.

Though, giving it a shot you approach her and the minute she catches your gaze on her and the small steps you take in her direction she breaks out to a smile. A smile that’s bright and mismatching of the mysterious aura she has shrouded herself in. A smile that is inviting and warm that you find yourself drawn to her.

So you chat and you get to know her better and she’s not all that daunting and hardly even that edgy and mysterious. She’s bright, bubbly, infectious and warm – comfortable almost in a sweet and intoxicating way with her personality. The only thing that still stands from her demeanor is her intent gaze.

That, to me, sums up the Black Opium experience.

It’s not a scent I dislike, I think it all boils down to a matter of preference and, as the personification describes, whether it works out to be the reason why you approached the fragrance to begin with.

If you wanted a cool, dark and mysterious fragrance akin to the edginess that YSL embodies as a brand, then you might be surprised and confused to find that Black Opium – despite its perfectly matching exterior – is not that. 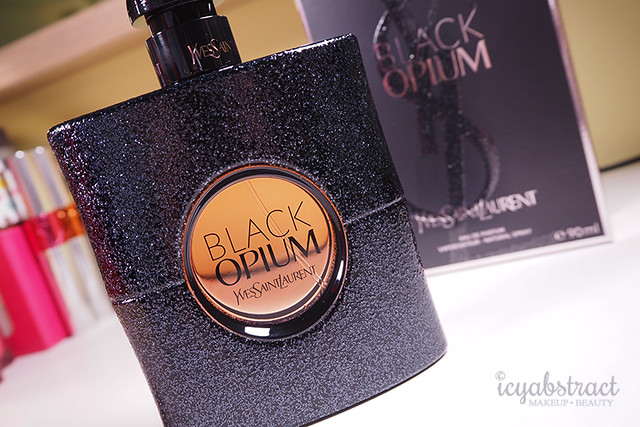 While the notes play heavily on the inclusion of coffee as well as a rather beautiful (in theory) mix of white flowers, it somehow didn’t end up being what I had envisioned in my mind given what I know of those notes. 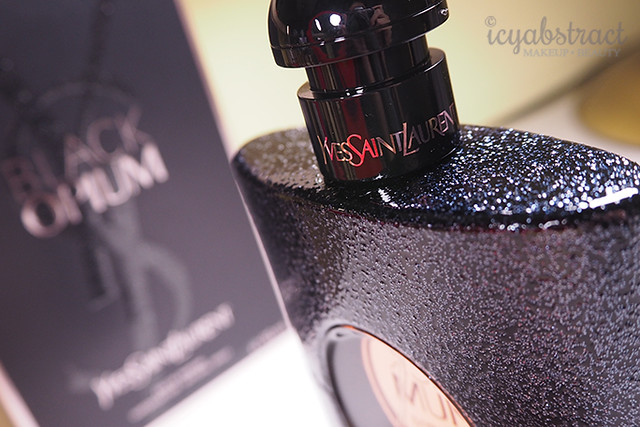 Immediately, Black Opium opens sweet and vibrant but thankfully not fruity. It truly is gourmand and I’m not sure where that sweetness is coming from with the top notes of Pink Pepper and Orange Blossom.

The Pink Pepper’s refreshing kicker is detectable but again, mostly marred by the sweet creamy blend of everything else. 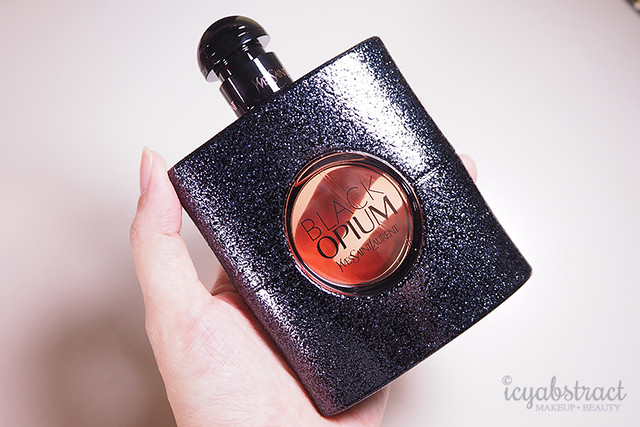 At the heart you have Jasmine and Coffee which I could not detect and place, not obviously at least. Maybe it’s me or the way they blend together that I’m unaccustomed to.

I have to really sniff my wrist to detect the ground earthiness and more robust creaminess of the coffee note and as for the jasmine, I prefer my jasmine stronger and I could hardly detect it here.

The base notes and dry down are most evident on me, which is not a surprise because from what I’ve learnt my body chemistry lovessss playing up the warm notes and jumping straight to the bases. 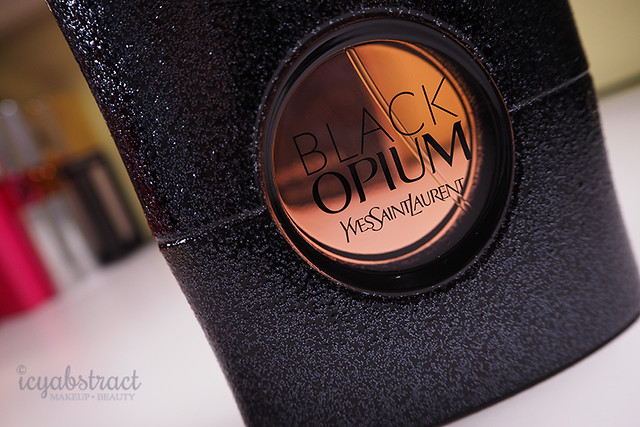 The vanilla and cedarwood are most apparent, even from the first spritz and the patchouli takes its turn to peek out here and there through wear. Even then I can’t be too sure because after wearing varying fragrances for so long I still can’t quite pin-point patchouli as a scent… But that’s just me.

In all, I’m not going to say that Black Opium is a bad scent because scent is so personal and subjective. From what I have seen, opinions on this are diversed with a group adoring it and another group throwing some shade at it only because they expected more of the fragrance, or of YSL. 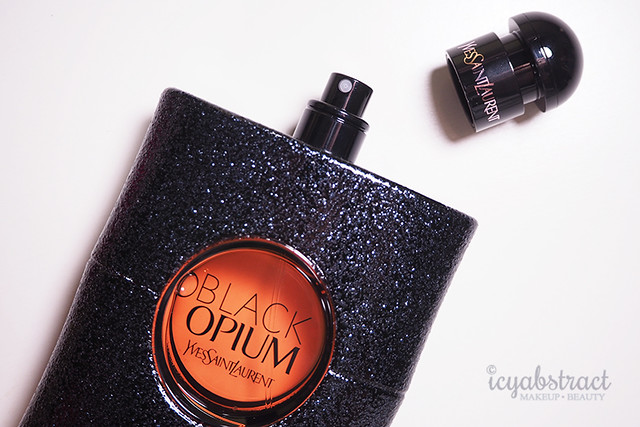 I don’t blame them for it because a part of me did feel that while gourmand there could be a little more spice or a little more freshness or rebellious fun to the scent instead of coming out as a straight and frankly slightly predictable gourmand.

The saving grace is the slightly sweet and smokey turns this fragrance has that gives it a little more intensity and depth than the truly typical fruity or candy splashes of gourmands. It’s like a grown up version of sweet perfumes and the kind of guilty pleasure indulgence that ladies from an older age group who love gourmands can look to and a slightly more grown up option for the younger ladies who are looking to transit from their sweet favorites to something more ‘adult’ and intense. 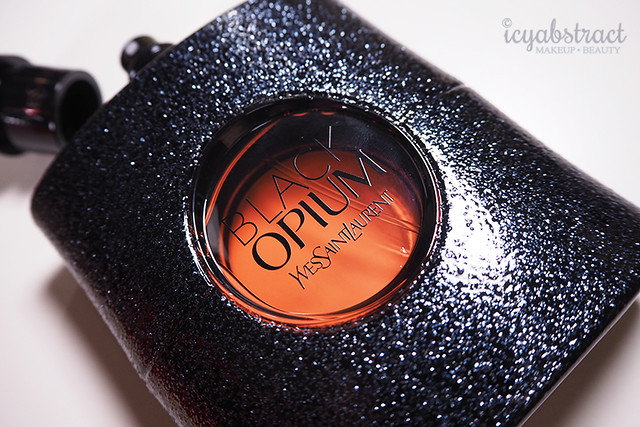 That all aside, I’m also happy to report that this Eau de Parfum wears well through the entire day and I still get wafts of the creamy sweetness at 8pm (after a day at work).

A word of caution though, it is a strong and prominent scent so spritz in moderation!

I know I got a little carried away with this perfume write up, as I always do, but I hope it helps you better envision the scent.

As always I still recommend you to visit the boutique and give this a whiff for yourself!

I don’t believe Black Opium deserves all the negativity it is getting, rather it’s more about managing what to expect from this and frankly if this isn’t your kind of scent, YSL has loads more fragrances in their portfolio to explore! 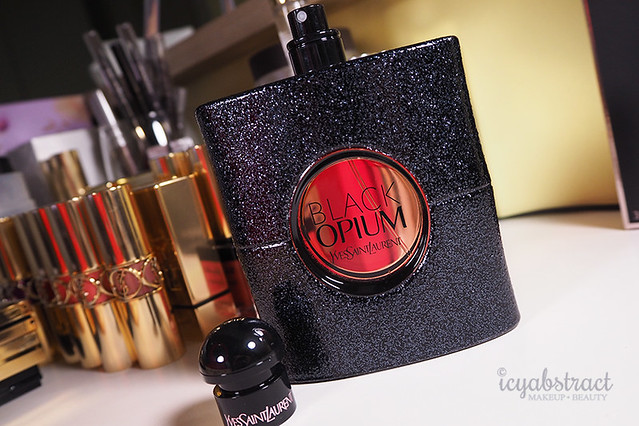 I’m kinda in love with another from them so I’ll talk about that soon, real soon!
Thanks for reading!