So it’s back to the nail entries though I’ve been (fairly) religiously painting my talons and keeping them nice and colored, I’ve been slacking a little on telling you what I have on them.

Perhaps slacking isn’t the right word, it’s more of being distracted by the many other things to say but before these get lost in the sea of pending entries, let’s have a look again at The Body Shop’s Color Crush™ Nail Polishes that I have on hand, shall we?

So… the decision to paint this orange hued shade was because I was about to remove my nail colors and snip my nails down but figured… since they’re at this length already why not swatch another shade first before removing it all.

The reason why I’m not so hyped about keeping this shade on (or was not, at least) is because of my aversion to wearing orange on the nails. Or in this case, vermillion.

Or also called ‘Just Peachy‘, though I’ll say it leans more red-orange than peach but whatever floats your Color Crush boat.

Don’t mind the messy painting, remember my plan was slap on, snap and then remove. Heh! 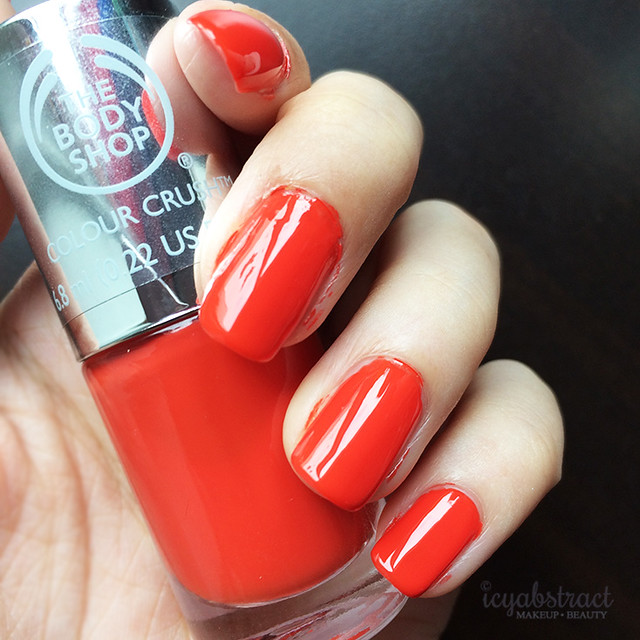 And I only have one thing to say after swatching this…

You know how in situations where you assume something for the whole batch due to the first little bugger you test yet that assumption turns out wrong because the first test subject is actually a bit of a dud?

Yeah, well, that’s what happened here because I don’t know if this is the same range from The Body Shop but Just Peachy swatched… well, just peachy! It was nice and opaque, shiny and creamy and I could even skip a topcoat with this brilliant bright orange.

Did I just put brilliant and orange together while describing a nail color?

Yes I think I did. 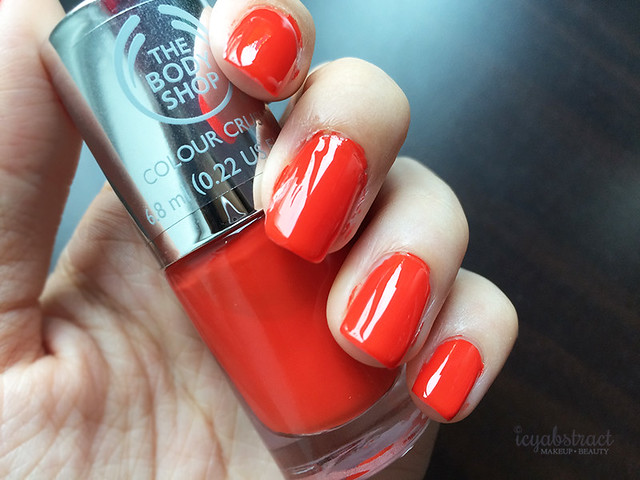 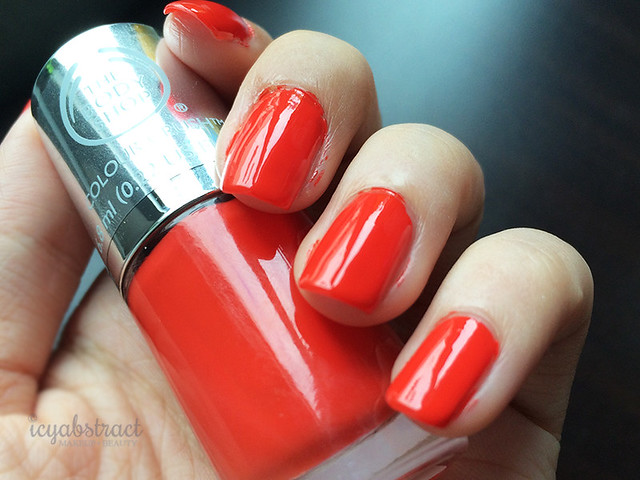 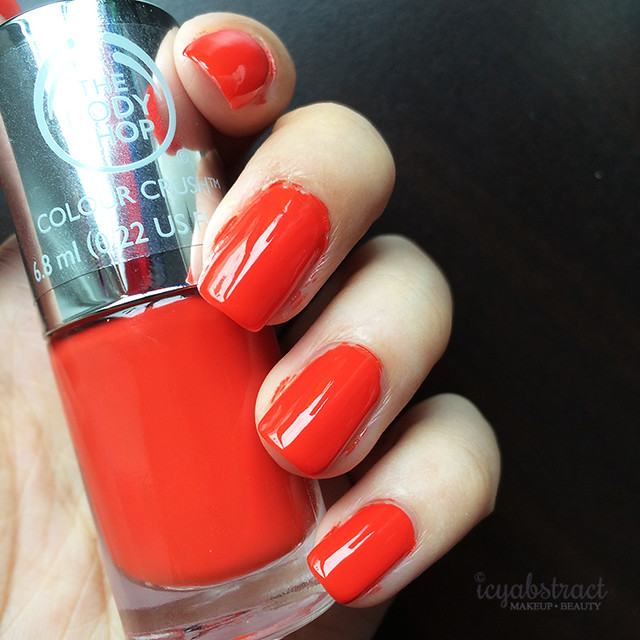 I usually can’t deal with oranges, hence the initial thought, but Just Peachy actually looks nice on and doesn’t do that odd orange polish thing of making my skin appear yellow and sickly. 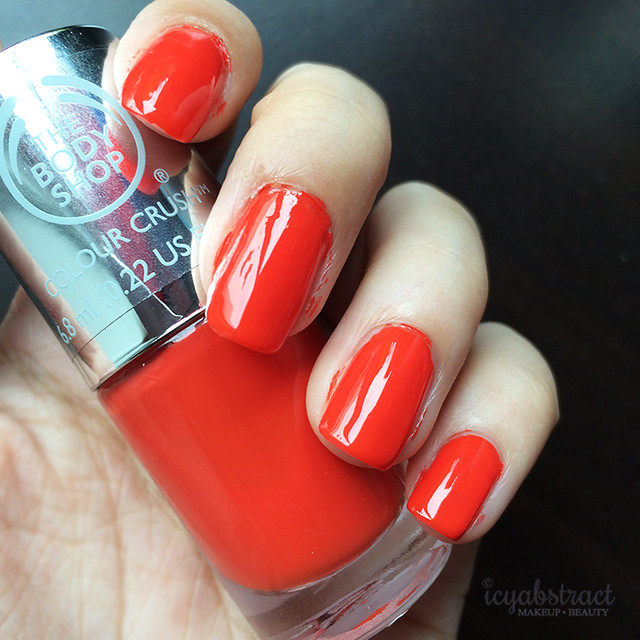 Now I can’t wait to go on and swatch the rest of the shades, which really are just 2 more shades – one a pastel purple (totally my color~) and the other is a staple black.

Would you believe I don’t have a black in my stash? At least I don’t have one that isn’t gloopy or dried up so… yes, I’ll save that ramble for another entry.

They are available at all The Body Shop outlets islandwide.