While I’m quite glad this week is a short week, it’s starting out to be quite a whirlwind of items to rush out / finish up! Amidst all the furious taping and typing away at work, I noticed that it’s been awhile since my nails have been painted and it’s been an even longer while since I’ve featured some nail entries up on here.

These days, after I started on New Job apparently, I just haven’t been able to find the time to paint my nails. Even with all the quick dry technology in the nail-realm, apparently time is still tough. Ha.

That aside, I’ve also been keeping my nails chopped short due to a rather bad eczema flare-up that I had faced quite recently. It’s much better now (don’t wanna jinx it saying this) but due to paranoia I still prefer keeping my nails short in the meanwhile so in the scenario I can’t resist the urge to scratch – and that happens a lot when I sleep – at least it isn’t so damaging.

So short and nekkid nails it is these days and frankly, I don’t mind but just for the blog’s sake here’s a look at some red talons I donned before this nail polish abstinence phase I’m going through right now.

The first of the reds would be this lovely gift that Mabel (Sheshopsmakeup) had got us from one of her trips. 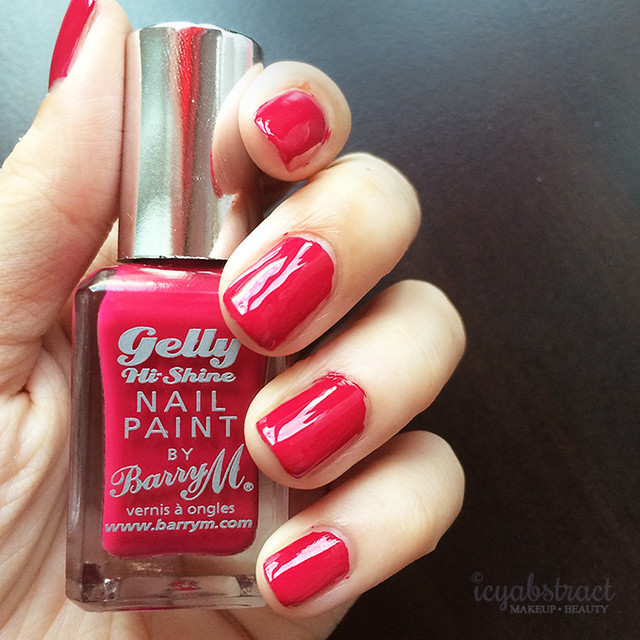 I’ve not tried much from Barry M, muchless polishes, so this stunning red was definitely a very welcomed addition to the nail drawer.

I don’t have many red nail polishes but of the few that I do have, I think Barry M’s Pomegranite stands quite uniquely amongst them. 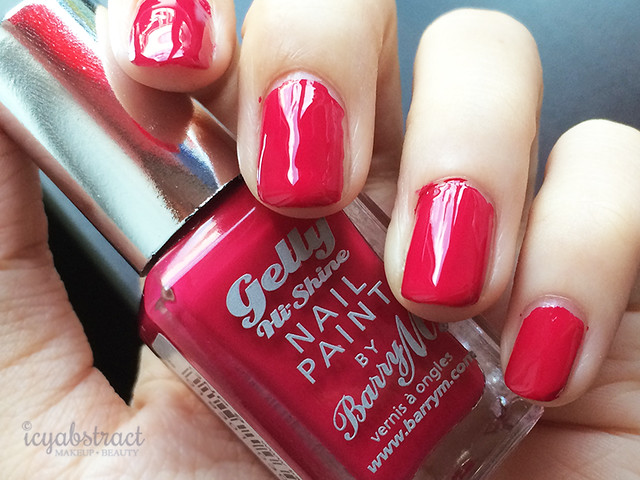 While red and bright, it’s got this soft creamy pink tone to it in certain lightings that prevent it from being a straight-out chilli-red and that option is nice sometimes when you want to take a break from the classic and text-book sort of red. 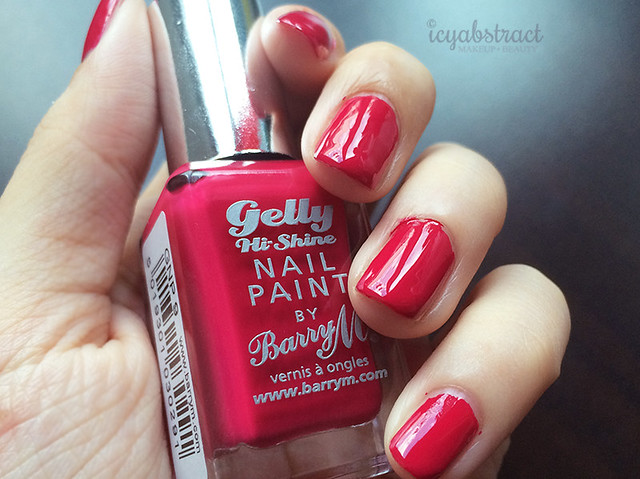 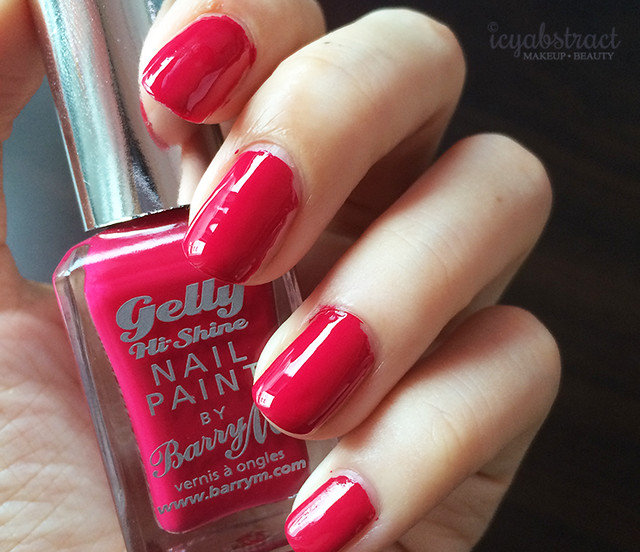 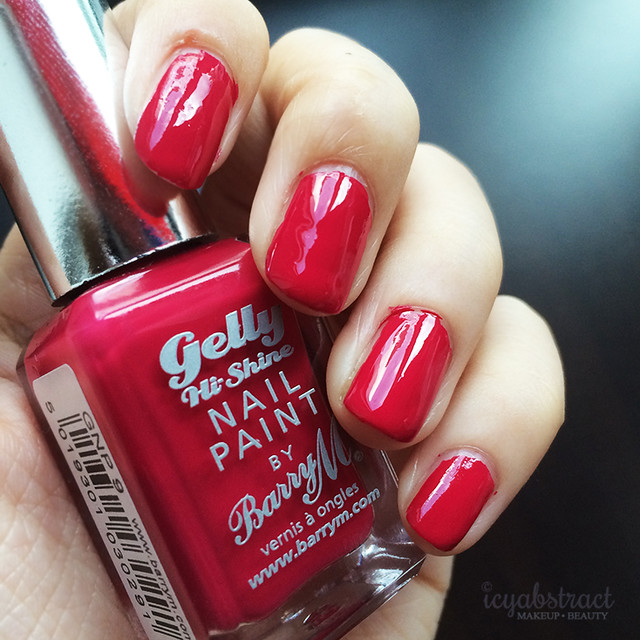 The formula of this is quite awesome as well, going on glossy and shiny without the need of a top-coat and lasting well through the many days I had it on. It’s definitely a color I’ll reach for again, and again, and again! 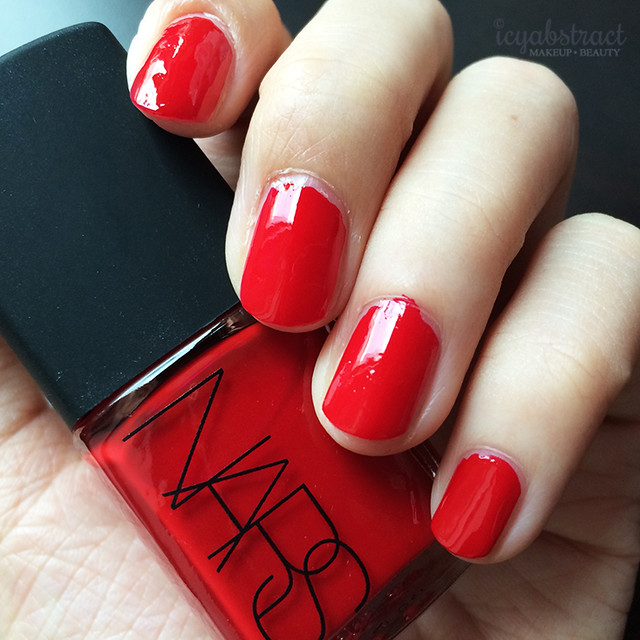 If Barry M Pomegranite isn’t classic enough for you then NARS Dovima is probably just what you need. I will say however that classic reds are quite commonplace in the beauty industry because everyone loves a good, rich, chilli-red nail polish but finding a good one with a nice shine, easy application and smooth quality may not prove as easy. 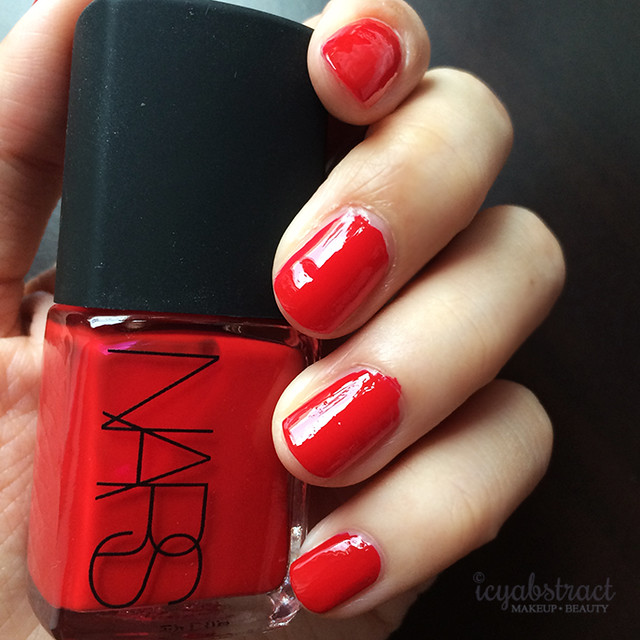 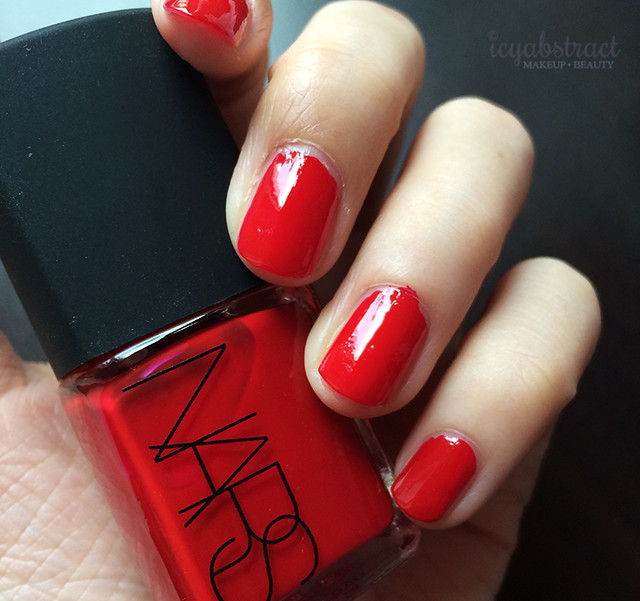 Dovima ticks all the right boxes and of course looks all sleek and chic in the NARS packaging.

Unfortunately I was gifted this gorgeous red by Mag (Makeupstash) so I’m not sure which collection it is from and if it is -le gasp- Limited Edition but eitherways if it happens to be I hope it gets repromoted really soon.

Another example of how obsessed I was with Dovima at one point is that even while painting another color (3CE’s VL06 which is stunning too and gifted by Eliza – all gifts in this post, I feel so loved, heh!) on, I actually felt inclined to add a pop of Dovima to spice up the combo. 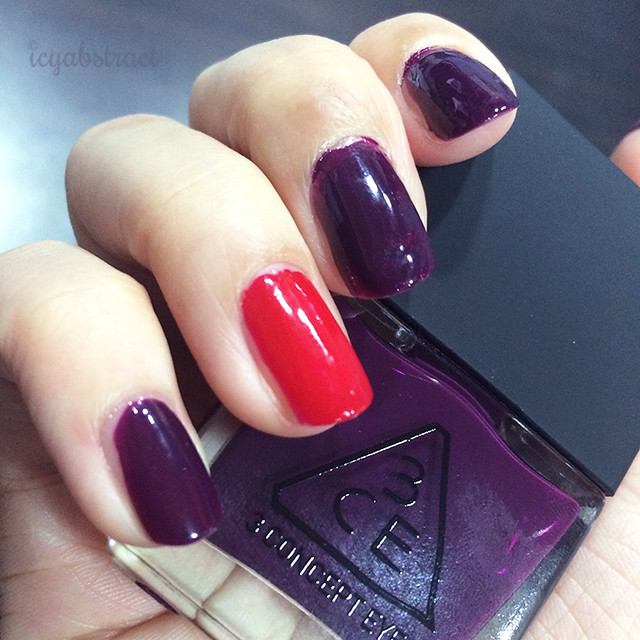 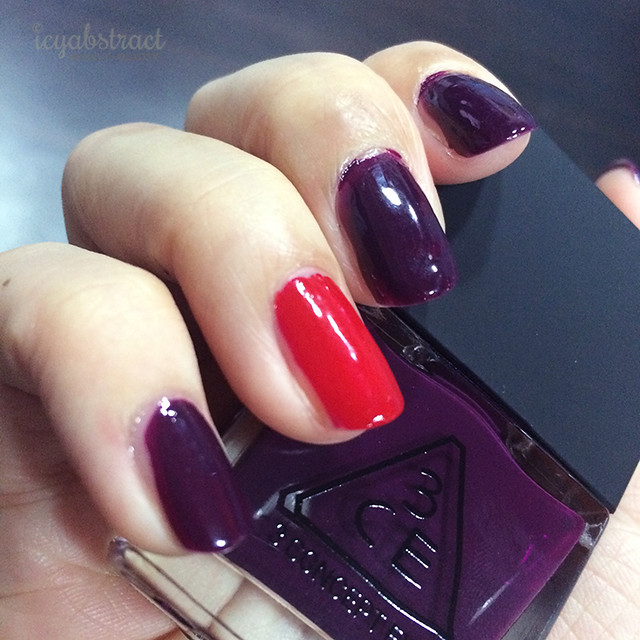 So yes, long story short, here’s a look at the nail combos that I had cycled through before I arrived at the current nail abstinence phase.

I do miss the look of painted nails so I’m itching to get a fresh coat on soon but I guess until then it’s nekked nails to let them breathe and air and do whatever else naked nails do, ha!

On another note of red, I noticed Ciate has this stunning red, very appropriately called Red Hot Chilli! Go give the Ciate nail products a look if you’re looking for some quaint and chic pops of color (or even neutrals!)

Till next time, whenever that is! I promise I’ll have my Urban Decay Sheer Revolution Lipstick mention up really soon. I’ve been working on that since forever!